To begin with, the soup. Served cold - this was a day when temperatures had topped 30C - it was an inspired blend of broad beans chanterelles and herring. If you had drunk it in a Michelin starred restaurant in France you would not have been disappointed. But this was Poland. 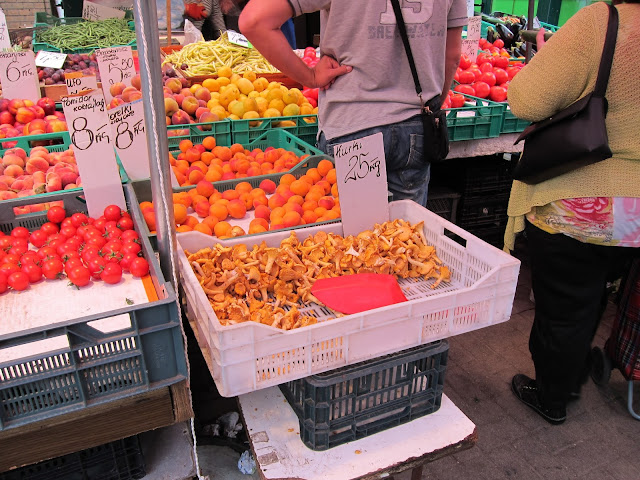 Chanterelles in a Warsaw market

Tell friends you are travelling there and they don't quite know how to react. "Hm - interesting", responded a colleague of my wife. Perhaps the image lurks of a dour, east European country, which had no time to rise from wartime heroism and tragedy before being slapped back down by Stalin.

It's not a beach destination, though Sopot, on the Baltic, which is known as the summer capital, is an elegant seaside resort by any yardstick. Though the Tatra mountains provide drama in the far south its landscapes are generally flat or gently rolling. And when it comes to city breaks, only Krakow has made it on to most travellers' shortlists. None of this should dissuade you from going. 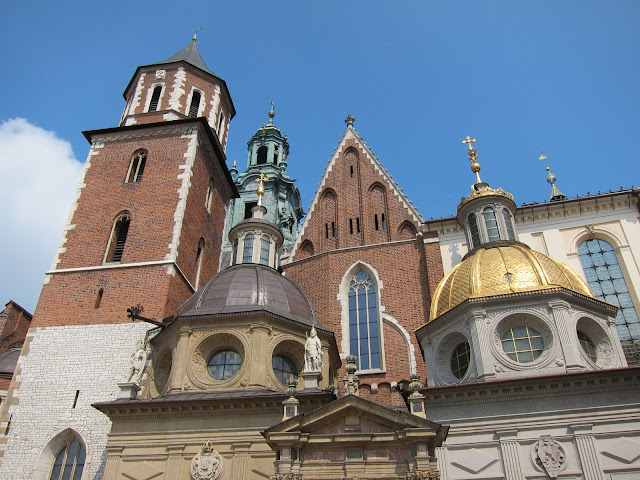 Some understanding of Poland is essential to a grasp of 20th century history. In Warsaw we made for a surviving section of the wall which once segregated Jews in one of two ghettos, before they were transported to the death camps. Around one third of the capital's pre war population was Jewish. A 91 year old Polish man leaned over a nearby garden railing and explained that he had appointed himself unofficial caretaker of this small stretch of brickwork because, like countless numbers of his countrymen, he had spent time in a Soviet gulag, and understood suffering. 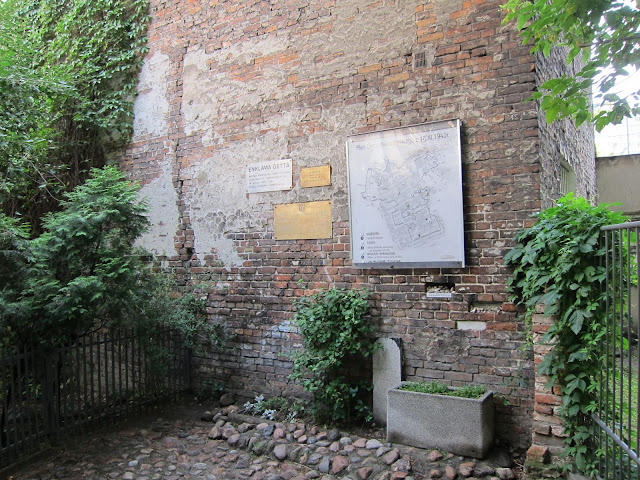 Later we turned down Chlodny Street, which divided the large and small ghettos. Jews were obliged to cross it by bridge. The tramlines on which other Poles rode through the divide are still there. We were en route for the Museum of the Warsaw Uprising, a state of the art tribute to a doomed act of defiance. There were two uprisings in the city, one by the ghetto Jews, the other by underground fighters hoping to hasten liberation from the Nazis in summer, 1944. The Museum commemorates the latter. Perhaps its most affecting exhibit is a rolling sequence of black and white film of the fighting, shot by rebel propagandists. Fighters take cover behind barricades, teenage couriers scurry, women stir a cooking pot in the rubble, a couple wed amid the mayhem, the groom with one arm in a sling.

Argument has raged over the uprising: foolhardy? inevitable? Certainly it was betrayed. From the viewing terrace of the Palace of Culture and Science, that hulking Soviet power statement described by wry locals as "Stalin's gift", you can look out across the Vistula river and imagine the Red Army, sitting restless, ordered not to go to the insurgents' aid, waiting to enter the city until they had surrendered and their strongholds had been razed by the Germans. 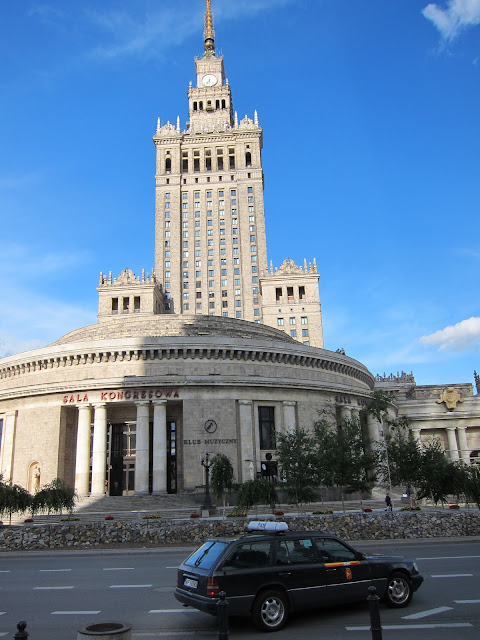 Those few weeks are seen by some as the start of the Cold War, whose conclusion is celebrated further north, in Gdansk. Like Warsaw's Old Town, this once wealthy trading port was blown to smithereens at the end of Word War II, and painstakingly recreated in all its glorious detail. Now its pedestrianised Long Market is busy with tourists, lined with cafés and shops selling the amber for which it is famous. 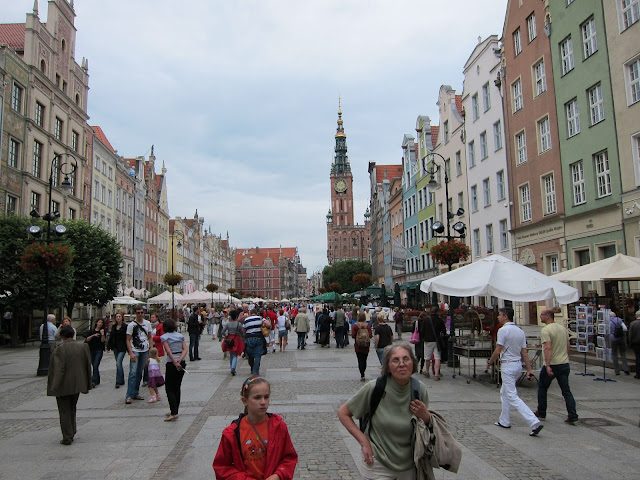 At Roads to Freedom, close to the gates of what was once called the Lenin Shipyard, there are grainier images. The shipyard was the birthplace of Solidarity and the workplace of Lech Walesa, one the movement's instigators and its eventual leader. As its name indicates, the museum chronicles Poland's emancipation. Communist paranoia is remembered in the form of a phone box, where callers were warned their conversations would be earwigged. Austerity is illustrated by a mock up shop with gaping spaces between the few essentials on its shelves and a curious device designed to enable customer to tell whether eggs were sufficiently fresh. And the revolt which spelled the end of the regime is recalled in detail - by bullet holes in a protester's jacket and the workers' famous 21 demands, handwritten and posted at the shipyard gates.

Reminders of Europe's twentieth century traumas are never far away in Poland. Even down south in the Tatra mountains holiday resort of Zakopane, the old cemetery contains the graves of an Olympic oarsman killed in the uprising and a ski jumper who refused to teach his technique to the occupying Germans, choosing instead to smuggle men and materials across the high mountains to and from what was then Czechoslovakia. 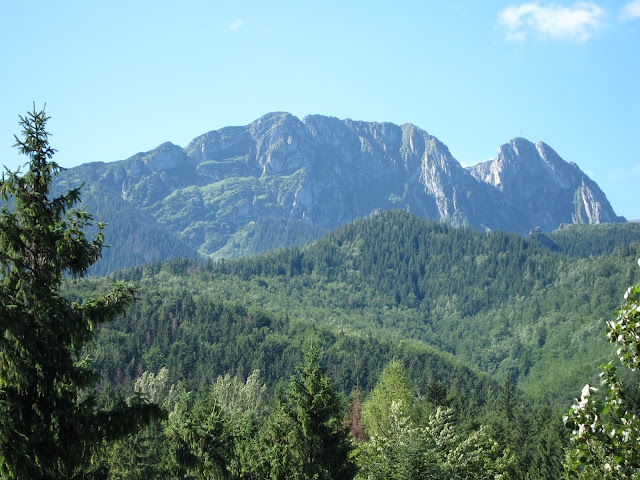 But don't let all that blind you to the country's more distant past. Take a trip from Gdansk to the massive red brick ramparts of Malbork Castle, stronghold of the Teutonic knights. 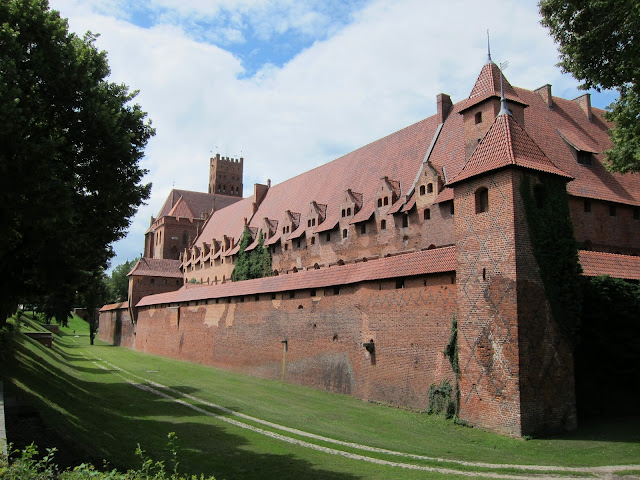 On no account miss the Wielicza mine, near Krakow, one of the first UNESCO World Heritage sites, where salt was mined from the 13th century until a couple of decades ago and be amazed at the subterranean chapel, built by a group of devout miners, whose floor tiles, chandelier crystals, altarpiece and religious reliefs are all carved from salt. 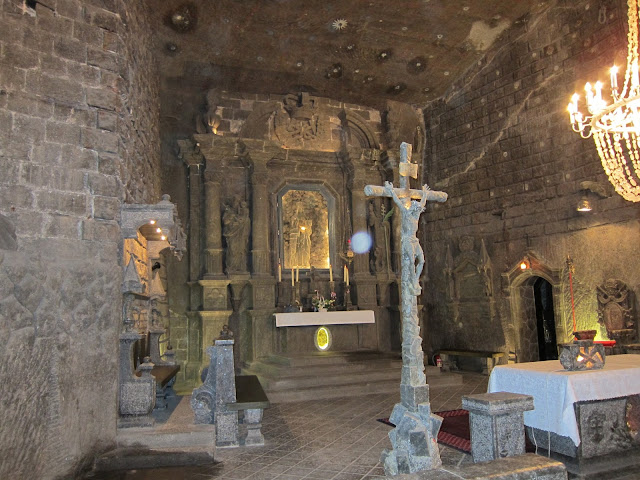 And leave time to simply watch the Poles at play on the thronged streets of Sopot or Zakopane, drinking and eating at outside tables, queuing for placki - potato pancakes to eat on the hoof, wander along Novy Swiat in Warsaw, a boulevard, lined with busy restaurants, cafés and bars, where the city's youth sets off on a monthly roller blade marathon around the capital, and you get the sense of a nation released. That sense comes home even more strongly in Warsaw's gleaming new Terraces shopping centre where out local guide's father, who lived through food shortages, still lingers for hours, taking in the consumer revolution. 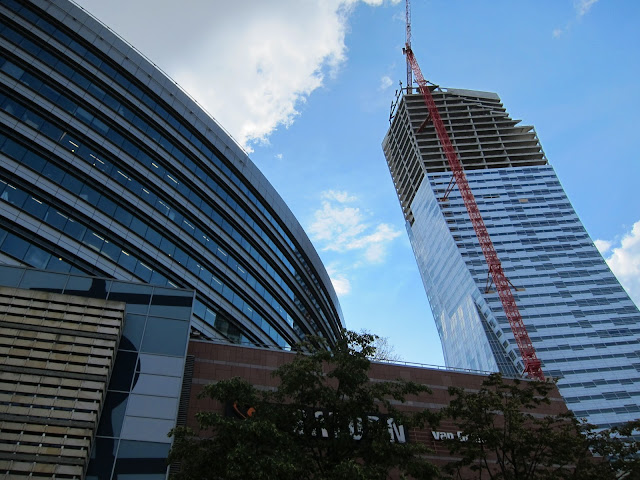 If description of the soup starter was ammunition to persuade sceptical friends, so was the most memorable main course - roast goose on a bed of wild mushrooms, eaten amid a "forest" of tree trunks painted with strawberries at AleGloria, a Warsaw restaurant opened by star chef Magda Gessler. It's no use pretending most Poles can afford such cooking yet. But if you still imagine Poland through the black and white images of old news bulletins, consider that Gessler recently began presenting a Polish TV version of Masterchef and you will surely acknowledge that you are way behind the times.

How: Polish intercity rail tickets can be booked at https://bilet.intercity.pl/. There are fast trains between Krakow and Warsaw (3hrs) but travel on some routes, including that between the capital and Gdansk, which is being upgraded, can be slow. Luxury hotels are relatively cheap in Poland. Our bill for two for three nights with an extensive buffet breakfast at the five star Westin Warsaw was just over £340. The Polish National Tourist Office is at www.poland.travel/en-gb.

This article first appeared in Scotland on Sunday's Spectrum Magazine

Airlines will no longer be able to leave passengers in the dark about delays or cancellations under new consumer protection rules proposed by the European Commission. They will have to tell customers what is happening as soon as possible - and in any event no later than 30 minutes after the scheduled departure time. And as soon as this information is made available they must provide information about the estimated new departure time. The rules on compensation for delays will also change. Currently airline have to fork out after three hours - but they can't often fly in spare parts or lay on an alternative aircraft that quickly, so they frequently cancel the flights altogether because that can cost them less than feeding delayed passengers and maybe paying for accommodation. Now the deadline for compensation will be five hours for intra-EU flights less than 3500kms. For other international flights it will be nine hours up to 6000kms and 12 hours on journeys longer than that. If they are stuck aboard an aircraft on the tarmac for an hour or more, customers will have the right to air conditioning, use of the toilets, medical assistance and drinking water. After five house they will be able to demand refreshments and food - or get off the plane if they want to abandon the flight. The proposal also clear up another area of confusion by stipulating that if the airline can't provide a seat on one of its own services with 12 hours, delayed passengers will have the right to switch to an alternative carrier (or carriers). It clarifies the compensation passengers can expect if they arrive late because the delay causes them to miss connecting flights. And it attempts to remove doubt over the "extraordinary" circumstances which airlines rely on to avoid paying out. Natural disasters such as the 2010 ash cloud from Iceland or an air traffic control strike will qualify. But technical problems discovered during routine aircraft maintenance will not. The new rules, which will apply to all airline flying in and out of the EU must be approved by the European Parliament. They are likely to come into force next year at the earliest.